Our Founder, Teachers and Tradition

The Founder of the New Kadampa Tradition 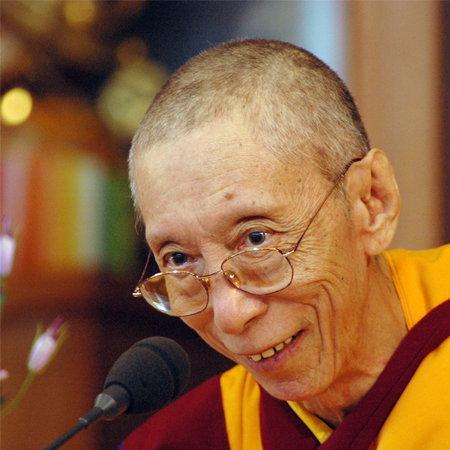 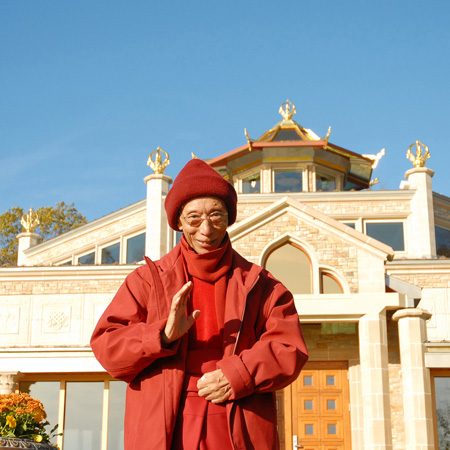 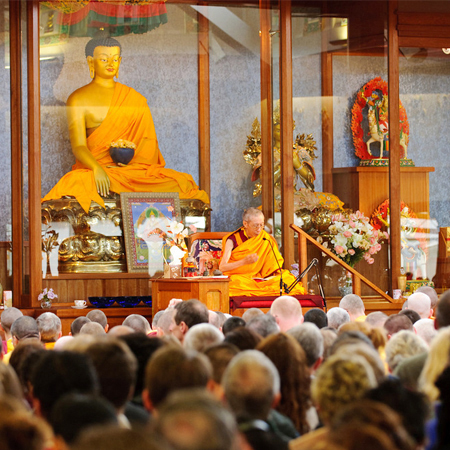 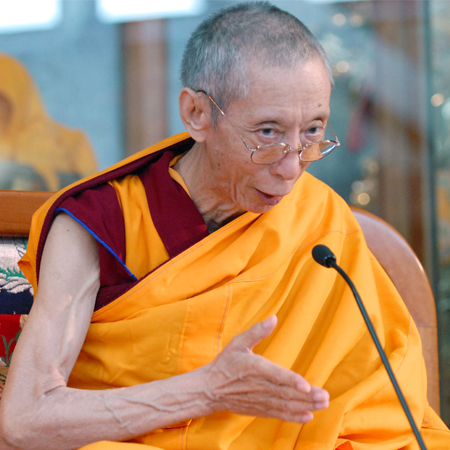 Geshe-la, as he is affectionately called by his students, is primarily responsible for the worldwide revival of Kadampa Buddhism in our time. From the age of eight he studied extensively in the great monastic universities of Tibet and earned the title ‘Geshe’, which literally means ‘spiritual friend’. Under the guidance of his Spiritual Guide, Kyabje Trijang Rinpoche, he then spent the next eighteen years in meditation retreats in the Himalayas.

In 1977 he accepted an invitation to teach at Manjushri Kadampa Meditation Centre in England where he lived and taught for many years. Having formally retired as Spiritual Director, he continues to work tirelessly to spread Kadampa Buddhism throughout the world. He has published a series of unique books on Buddhism and meditation, established over 1200 Centres and groups around the world and trained hundreds of qualified Teachers.

Venerable Geshe-la is a humble Buddhist monk dedicated to helping people throughout the world find true happiness in their hearts. 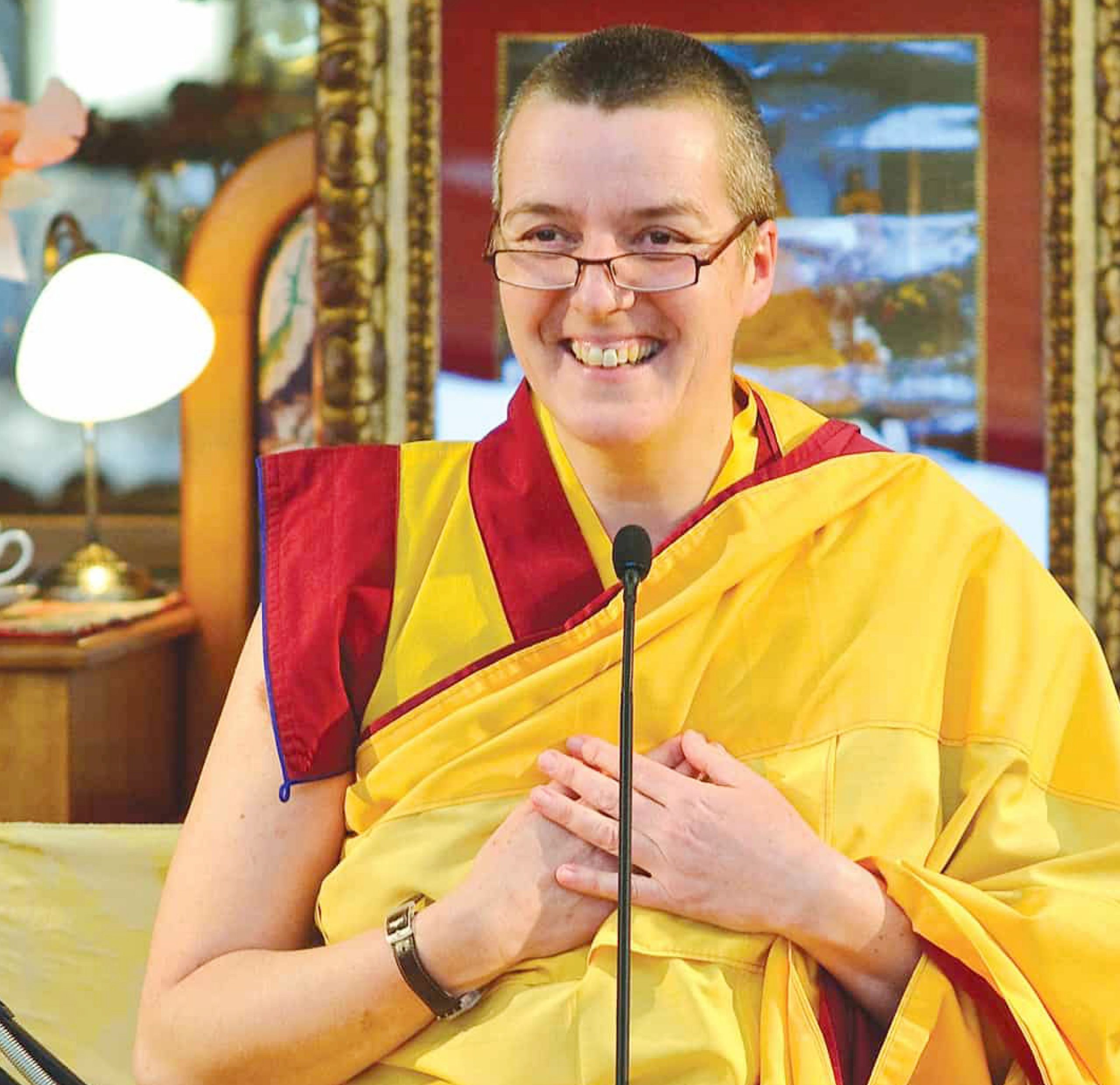 Gen-la Kelsang Dekyong is the General Spiritual Director of the New Kadampa Tradition – International Kadampa Buddhist Union (NKT-IKBU) and the Resident Teacher at Manjushri Kadampa Meditation Centre , the Mother Centre of Kadampa Buddhism. Gen-la has studied and practised Kadampa Buddhism for many years under the guidance of her Spiritual Guide Venerable Geshe Kelsang Gyatso. 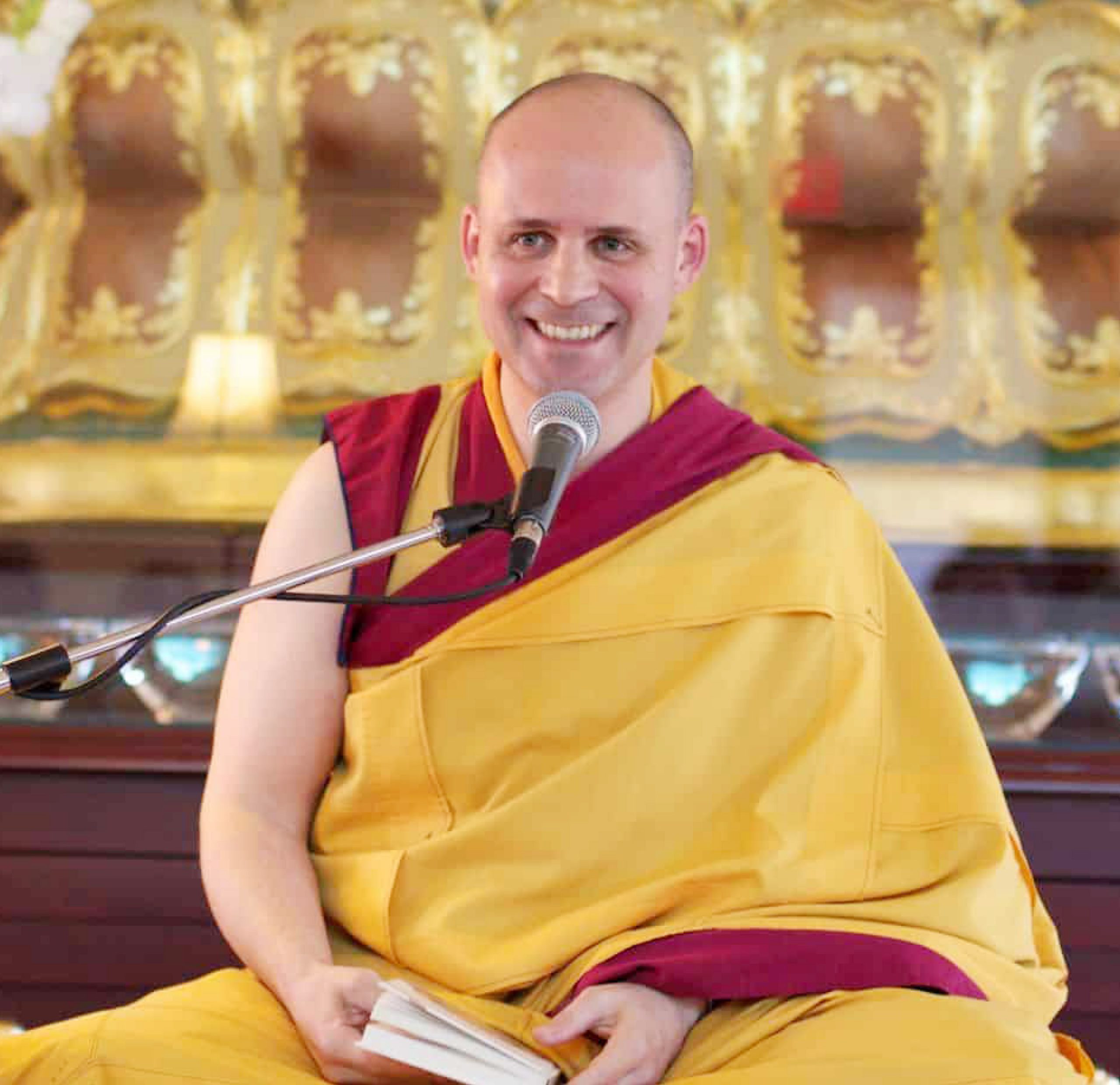 Gen-la Kelsang Jampa is the Deputy Spiritual Director of the New Kadampa Tradition – International Kadampa Buddhist Union (NKT-IKBU) and Resident Teacher at International Kadampa Retreat Centre Grand Canyon. He is an American Buddhist monk dedicated to helping people solve their daily problems by developing the capacity of their mind through the practice of meditation and modern Buddhism.

Gen-la Jampa has been a student of Venerable Geshe Kelsang Gyatso for many years. Under Geshe-la’s guidance, he has taught at many Centres and events internationally. Gen-la is well-loved for his clear and inspiring teachings, and his ability to touch people’s hearts through his sincerity and loving-kindness. 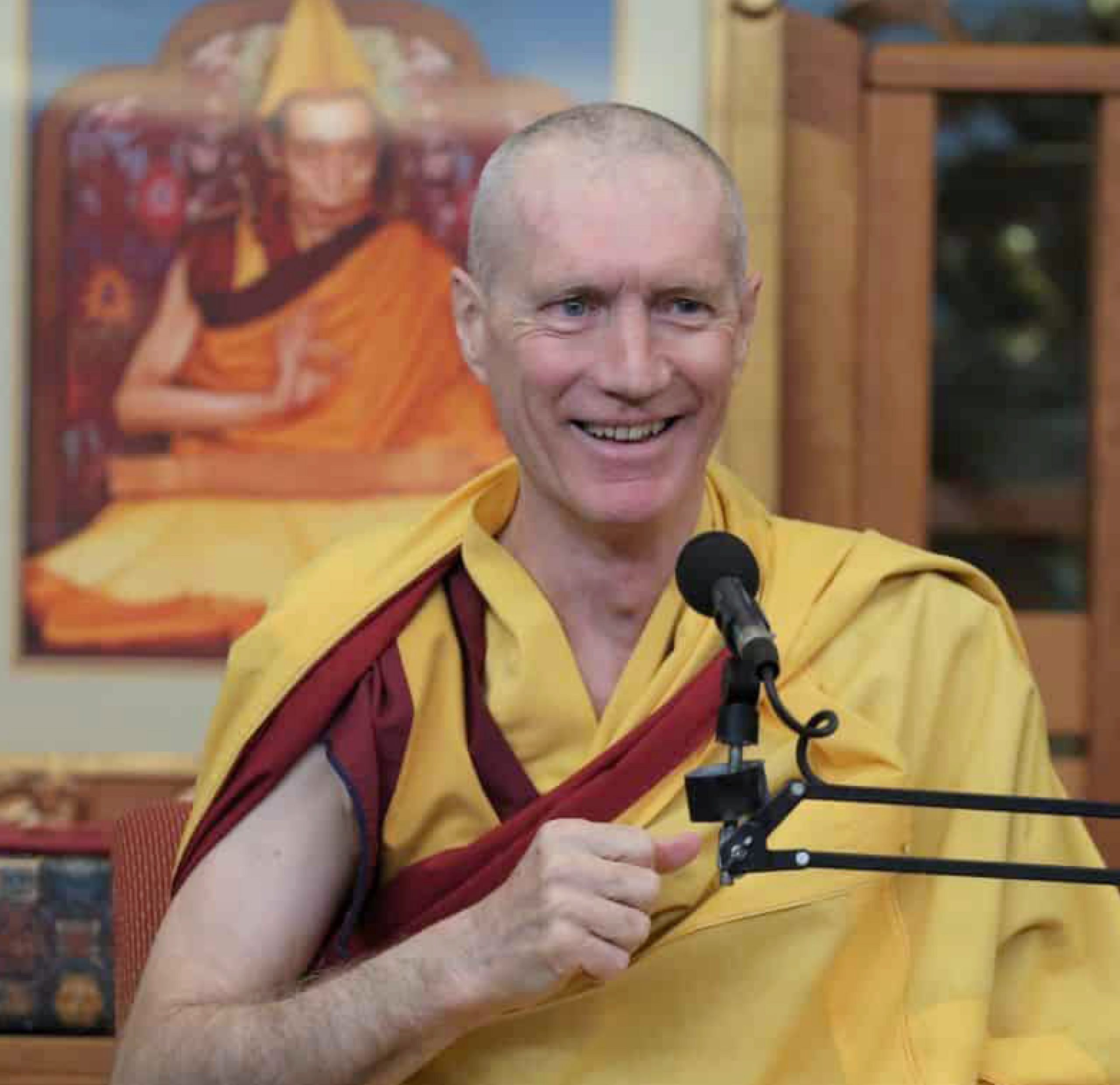 A retired General Spiritual Director of the New Kadampa Tradition (NKT-IKBU), he has trained closely with Venerable Geshe Kelsang Gyatso Rinpoche for over thirty-five years. Gen-la Khyenrab is an internationally renowned teacher and English Buddhist monk who is greatly admired for his powerful teachings as well as his pure example of humility and loving-kindness. 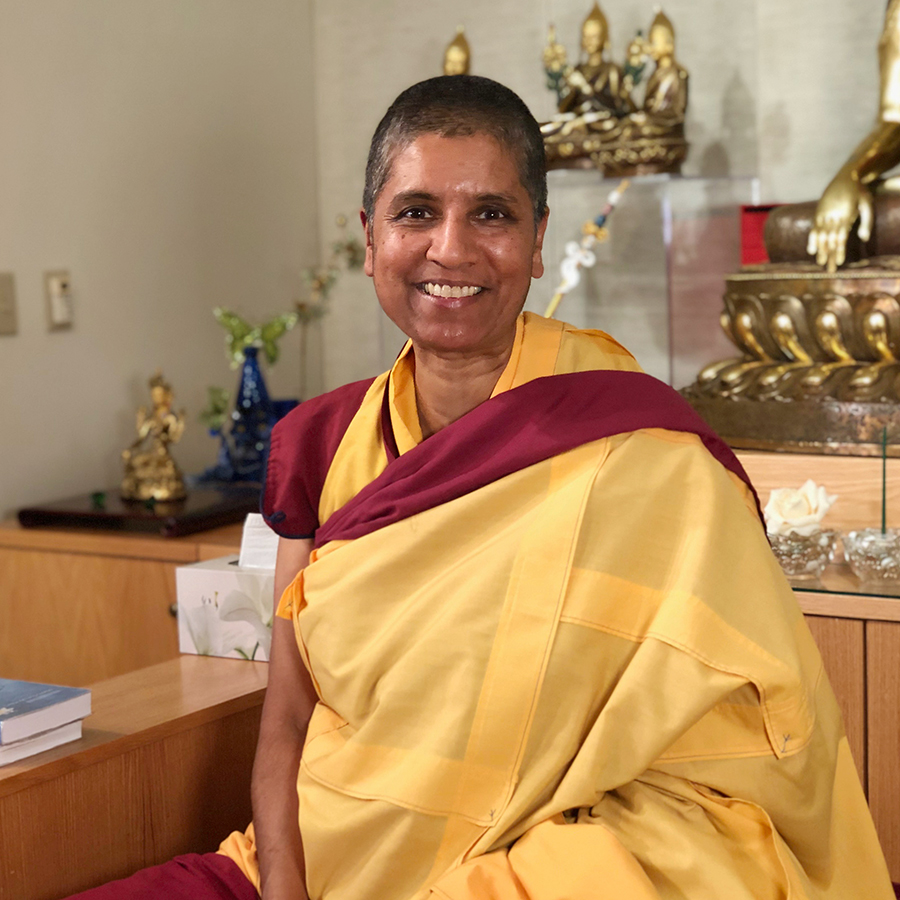 Gen Kelsang Chöyang is our Resident Teacher at Kadampa Meditation Centre Ottawa. She has studied under Venerable Geshe Kelsang Gyatso Rinpoche for twenty-five years, and taught in British Columbia, California and Toronto before coming to Ottawa. Gen Chöyang is known for her sincere & practical approach to integrating Buddhism into daily life. Her teachings are powerful and inspiring. 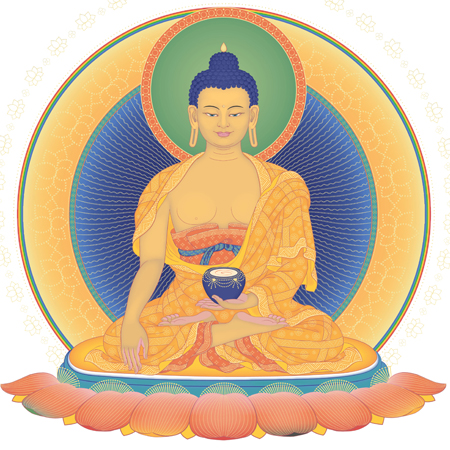 Buddha Shakyamuni, the Founder of Buddhism in our world 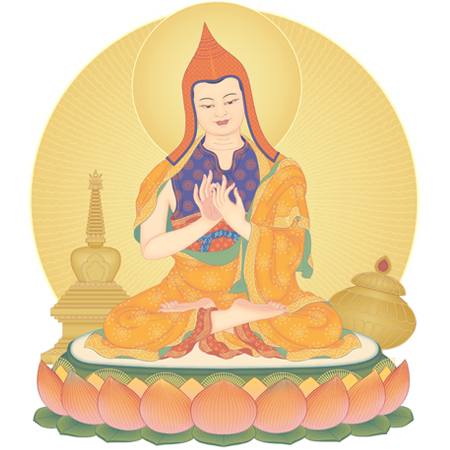 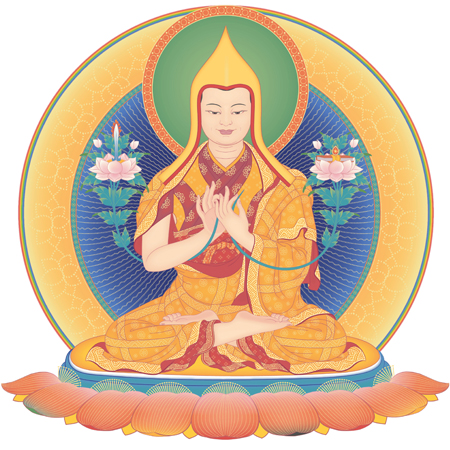 Kadampa Buddhism is a Mahayana Buddhist Tradition founded by the great Indian Buddhist Master Atisha (AD 982 – 1054). ‘Ka’ refers to Buddha Shakyamuni’s teachings, and ‘dam’ to Atisha’s special Lamrim instructions known as ‘The stages of the path to enlightenment’. By integrating their knowledge of all Buddha’s teachings into their practice of Lamrim, and by integrating this into their everyday lives, Kadampa Buddhists learn to use Buddha’s teachings as practical methods for transforming their daily activities into the path to enlightenment by improving their love, compassion and wisdom.

After Atisha, the Kadampa lineage was passed down through a succession of great Kadampa Teachers including Dromtönpa, Geshe Potowa, Geshe Sharawa, and Geshe Chekhawa. These precious Teachers were not only great scholars but also spiritual practitioners of immense purity and sincerity.

They placed particular emphasis on the practice of Lojong or ‘Training the Mind’ by which all our daily life experiences, and especially all our problems, suffering, and difficulties, can be transformed into the spiritual path.

The Kadampa lineage passed from generation to generation until the fourteenth century when it reached the great Buddhist Master Je Tsongkhapa. He clarified the teachings of Kadam Dharma and made them accessible to the people of that time. In particular, he showed how to combine Lamrim and Lojong with Mahamudra Tantra in a unified daily practice and his practitioners became known as ‘new Kadampas’.

After the time of Je Tsongkhapa, the new Kadampa lineage flourished for hundreds of years, down to the present day.

In recent years, it has been revived and promoted widely throughout the world by the contemporary Buddhist Master, Venerable Geshe Kelsang Gyatso. By founding the New Kadampa Tradition– International Kadampa Buddhist Union, Geshe Kelsang has created a truly global infrastructure to preserve and promote Kadampa Buddhism for many generations to come.

Rapidly growing, our Kadampa community is an international family, offering support, inspiration and encouragement for this joyful and profound spiritual path at Centres around the world.

Developing compassion and wisdom, and helping those in need whenever possible, is the true meaning of life.